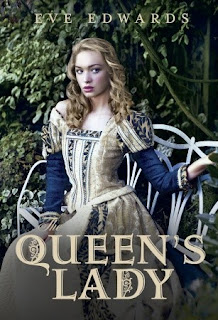 Sometimes you just want a comfort read, you know?

Well, historical fiction fans need look no further than The Lacey Chronicles for their perfect, curl-up-in-a-blanket-and-grab-a-mug-of-hot-cocoa kind of book. This second volume of the series is just as appealing as the first, rich with historical details of Elizabethan England and a large cast of engaging, well-rounded characters.

In the spotlight this time is Jane, one of the supporting characters from The Other Countess, as she becomes involved with the second Lacey brother, James. As in the first book, social customs of the era are illustrated through the tangled web of romantic conflicts faced by the characters.

Edwards explores themes of colonization and racial prejudice in this volume, providing a welcome chance to get better acquainted with Diego, the African-born servant of the Lacey family. We only got a hint of his humor and intelligence in the first volume, and he is more fully fleshed-out here as he tackles discrimination and cultural differences in his attempts to woo his childhood sweetheart.

Readers who loved The Other Countess will delight in the brief appearances of Ellie and Will here-- an enjoyable peek at what they've been up to since their happily-ever-after. At the same time, this volume could stand alone, and doesn't depend too heavily on knowledge of its predecessor.

The Queen's Lady is another satisfying historical romance that will leave Edwards' fans looking forward to the third volume in the series.

Already available in England, the US edition of The Queen's Lady arrives at bookstores everywhere on April 10th. ARC for review provided by Delacorte, an imprint of Random House, via NetGalley.
Posted by Allison at 8:00 AM