I consider it my librarian duty to see movies based on YA literature, and the Twilight series is no exception. So what can I say about "The Twilight Saga: Breaking Dawn, Part 1?" (Other than, wow, that's a long title...)

Well, it was VERY FAITHFUL to the book. Ahem. Make of that what you will. But did I have fun watching? Indeed I did!

Things that were ridiculous yet somehow endearing

Jackson Rathbone had only two lines in the entire film. But he delivered the heck out of those lines! Way to make it happen, Jackson.

Bella's baby name discussion. The name Renesmee will never NOT be funny.

Edward and Bella play chess on the honeymoon! With a red and white chess set! GET IT?? Ohhh, these movies just can't stop with their ever-so-subtle shout-outs to the book covers. 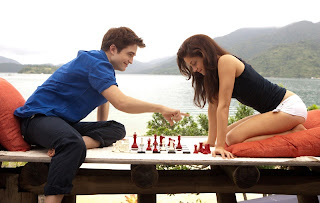 Things that made me shake my head

Kristen Stewart drives me batty. Girlfriend looks like she'd rather be anywhere but acting in these Twilight movies. Cheer up, KStew! You're getting paid for this! 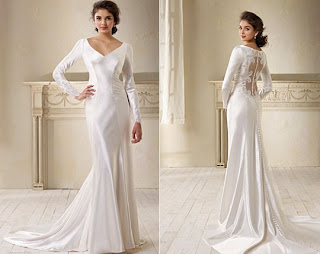 The pacing. There's just about enough plot to fill a thimble, so scenes were dragged out with long, lingering close-ups on Bella, Bella's eyes, Edward, the honeymoon bed... you get the picture. Enough already!

IMPRINTING. It was done as tastefully as possible (I can't believe I'm saying that), but just-- auggggggh.

So the wedding gown wasn't my cup of tea, but the shoes were pretty fabulous! Manolo Blahnik "Swan." (See what they did there?)

The wedding speeches. Charlie, Emmett, and Jessica were hilarious. Intentionally so!

Seth! He was adorbs. Seriously. Leah was pretty awesome, too. 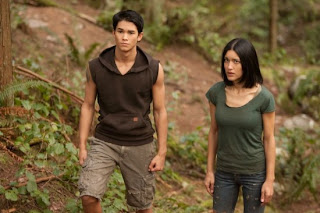 And the bit at the end, after the credits? The Volturi are so entertaining. Can't wait to see more of them in the next movie.

'Twilight: Breaking Dawn:' Does it send the wrong message? A thought-provoking look at Twilight's take on sex, love, and childbirth, whether you agree with it or not.

And just think! There's only a year until we can look forward to seeing "The Twilight Saga: Breaking Dawn: Part 2." Well, maybe "look forward" isn't quite the phrase I'm looking for... but, um... it's a thing that will happen.

And I will be there for sheer amusement.
Posted by Allison at 8:00 AM